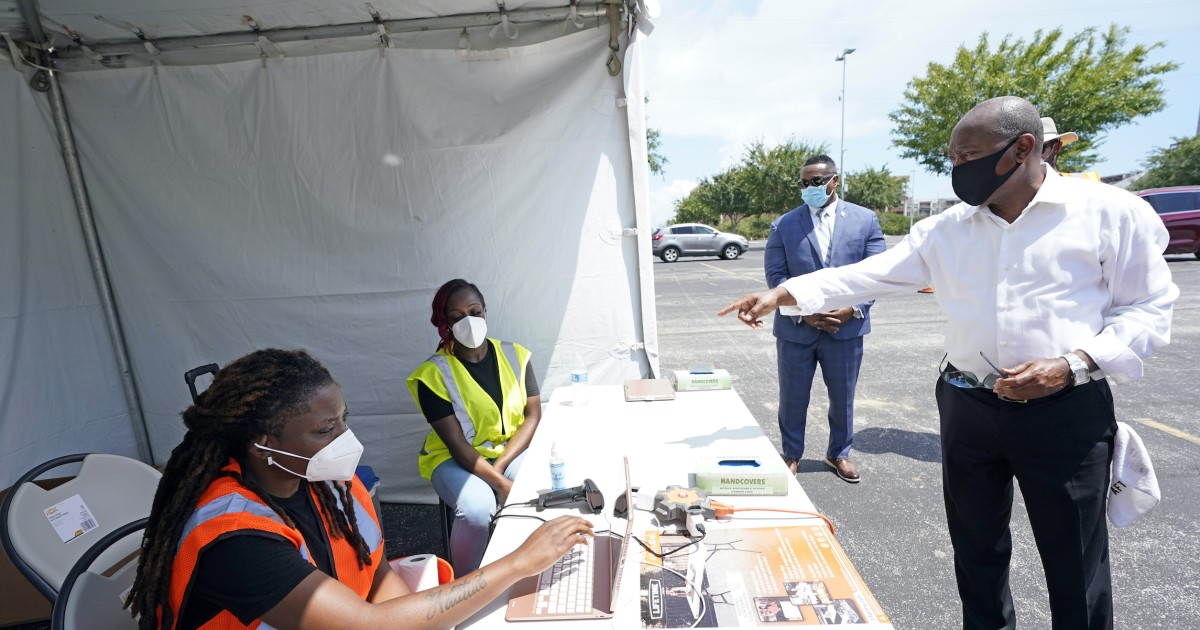 The decline in testing in hot-spot states has left officials and public health experts in need of information about the extent and direction of outbreaks.

“I really have come to believe we have entered a real, new, emerging crisis with testing, and it is making it hard to know where the pandemic is slowing down and where it’s not,” Dr. Ashish Jha, director of the Harvard Global Health Institute, told CNBC.

Texas and Florida, two coronavirus hot spots, saw sharp increases in new cases at the beginning of the summer, but daily case increases have stabilized in recent weeks. Meanwhile, the numbers of people getting tested for the virus in recent days have plummeted.

Florida was running roughly 52,000 diagnostic tests per day two weeks ago, but that has dropped by about 33% to just over 35,000 as of Tuesday, based on data compiled by the COVID Tracking Project. Florida also set a single-day record for new reported deaths Tuesday, with 276 deaths due to the coronavirus. The state health department reported an additional 212 deaths Wednesday, bringing the statewide death toll to 8,765.

Average daily new cases in Texas have declined by 23% from mid-July to Aug. 11. Jha said the decline in reported daily cases may not reflect the actual case count in Texas after factoring in the drop in testing.

“I’m not at all convinced it’s getting better. It may, in fact, be getting worse,” Jha said.

Public release of hospitalization data has “slowed to a crawl,” the Wall Street Journal reported, after the Trump administration instructed states to report the data directly to Health and Human Services and bypass the Centers for Disease Control and Prevention, a decision that researchers and former public health officials say was reckless.

Hospitalization rates have been a more reliable measure of the pandemic than just case and testing data. Hospitalizations show how many people are getting seriously sick at a given time. Hospitalization data is also used by agencies to determine where to send remdesivir and protective equipment such as masks and gloves.

“What HHS said was that the CDC was not nimble enough and couldn’t handle new data elements, and that’s simply not true,” said Jeffrey Engel, senior adviser to the Council of State and Territorial Epidemiologists, an association that represents state public health officials. Engel added that the transition has been a “disaster.”

Nearly 5.2 million coronavirus infections have been confirmed across the United States, and about 167,000 people have died, according to Johns Hopkins University data.

The S&P 500 nearly broke its all-time record on Wednesday, falling just 5.8 points short of exceeding the highest levels reached before the COVID-19 pandemic ravaged the economy in the spring.

A research team from the University of Florida has successfully collected isolated live samples of the coronavirus from aerosols in a hospital waiting room. It could be confirmation that the virus, when indoors, can travel distances of 7 to 16 feet from an infected person, longer than the 6 feet recommended for social distancing.

One expert has called the research a “smoking gun” in that the virus may be easier to spread than previously thought. The research has not yet been peer reviewed, and other experts question whether the aerosols contain enough of the virus to be infectious.

Dr. Anthony Fauci, the government’s top expert on infectious diseases, said Tuesday that he doubts Russia has “actually, definitively proven that the vaccine is safe and effective” before approving it for public use.

“So, if we wanted to take the chance of hurting a lot of people or giving them something that doesn’t work, we could start doing this, you know, next week if we wanted to. But that’s not the way it works,” Fauci said.

Vaccine candidates in the U.S. have entered phase three trials in recent weeks, but none have been approved for widespread use. Fauci has repeatedly said that he is “cautiously optimistic” that a vaccine will be proven safe and effective at the end of this year.