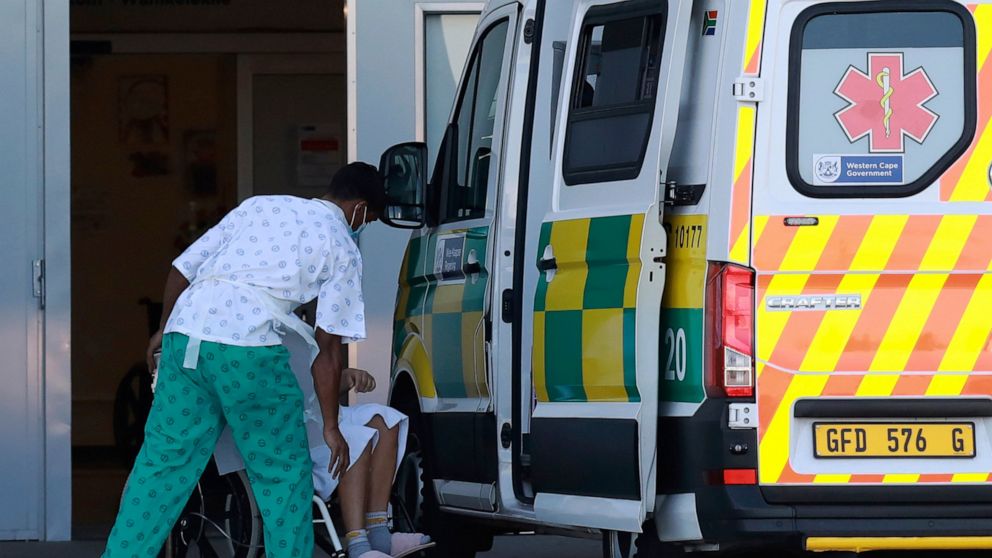 Saturday’s tally compared to 822 confirmed cases reported Friday. Prime Minister Yoshihide Suga on Thursday declared a state of emergency in Tokyo starting Monday to keep the infections from becoming explosive during the Olympics, which open on July 23.

His government initially planned to take less-stringent measures, but came under pressure to issue the emergency order as the more contagious delta strain spread in the Tokyo region.

Experts warned that caseloads could surge to thousands within weeks as people traveled around the country on summer vacations and the Olympics drew foreign and domestic visitors to Tokyo.

Olympic officials decided not to allow spectators at Olympic venues in the Tokyo region, while allowing limited attendance in other parts of Japan. However, that plan is crumbling after Hokkaido and Fukushima announced that no fans would be permitted at venues in their areas.

Despite the recent acceleration of Japan’s vaccination program, only 16.8% of the population is fully vaccinated. Japan has reported about 812,000 cases and nearly 15,000 deaths in the pandemic.

MORE ON THE PANDEMIC:

HERE’S WHAT ELSE IS HAPPENING:

PARIS — Music is pulsing from Paris nightclubs for the first time in 16 months as other European countries shut night life down again because of rising coronavirus cases.

The reopening of Paris dance clubs Friday night was the final step in France’s process of lifting pandemic restrictions. The move was meant to mark victory over the virus, since night clubs were among the few venues that had remained closed since March 2020.

But the delta variant is spreading faster than vaccinations in France, and infections are rising again after weeks of decline. President Emmanuel Macron is expected to speak to the nation Monday about the situation, and the government could opt for new restrictions.

At the popular La Bellevilloise club in eastern Paris, many people were eager to return to the dance floor anyway. Parisian Laurent Queige called it “a liberation, an immense happiness to rediscover the clubbing, the party, friends.”

La Bellevilloise owner Renaud Barillet said this weekend could serve as a useful test, “to see how the public, the organizers, all that reacts and manages to adopt new habits.”

Attendees must produce a QR code that shows proof of full vaccination or a fresh negative COVID-19 test, and capacity is restricted to 75%.

VALLETTA, Malta — Malta is now requiring proof of vaccination for visitors to the Mediterranean island nation in hopes of stemming the latest rise in coronavirus infections.

Starting Wednesday, visitors to Malta must present a COVID-19 vaccination certificate that is recognized by Maltese health authorities, meaning certificates issued by Malta, the European Union or the United Kingdom.

The EU’s green passport certifies people who are vaccinated, receive a negative PCR test result or have recovered from COVID-19. But Malta has decided to only recognize those who are fully vaccinated.

Children aged 5-12 only need to present a negative PCR test, while those under age 5 are exempt from any obligation.

Malta, which has a population of just over half a million, had 46 active cases on July 1 but the number rose to 252 on Friday.

The government says 90% of new cases are among unvaccinated people. Currently 79% of Maltese adults are fully vaccinated.

COLOMBO, Sri Lanka — Sri Lanka has reopened places of worship, restaurants and cinemas with certain restrictions, after being closed for nearly two months.

The Health Ministry says theaters, cinemas and museums can operate at half capacity.

Hotels and restaurants will also reopen subject to health guidelines. Conferences, seminars and brand launches can be held with a maximum of 50 on-site participants. A maximum of 50 people can attend funerals of those who die of non-COVID-19-related causes.

Sri Lanka saw a sharp rise of COVID-19 cases starting in April. There are 271,483 confirmed cases in Sri Lanka including 3,434 deaths.

The Korea Disease Control and Prevention Agency said Saturday that more than 1,000 of the 1,378 new cases were from capital Seoul and nearby Gyeonggi Province and Incheon, a region where officials from Monday will clamp down on private social gatherings of three or more people from 6 p.m. Nightclubs and churches will close, visitors will be banned at nursing homes and hospitals and weddings and funerals will be limited to family-only gatherings.

Dozens of new cases were each reported in major cities and regions across the country, including Busan, Daejeon, Ulsan, South Chungcheong Provine and South Gyeongsang Province.

The surge is a worrisome development in a country where just over 30% in a population of 51 million have been administered their first doses of coronavirus vaccines.

SAN FRANCISCO — California will require that masks be worn at schools when classrooms open this fall, despite new guidance issued Friday from the U.S. Centers for Disease Control and Prevention that says vaccinated teachers and students don’t need to wear face coverings inside school buildings.

Ahead of new school guidelines expected next week, health officials in California said Friday that requiring face coverings will allow all schools to reopen this fall for full in-person instruction.

California Health and Human Services Secretary Dr. Mark Ghaly says that not all schools can accommodate physical distancing of at least 3 feet or more, so the best preventative measure is indoor masking.

NEW YORK — U.S. health officials say vaccinated teachers and students don’t need to wear masks inside school buildings. The Centers for Disease Control and Prevention announced the new guidelines Friday. The changes come after a growing national vaccination campaign in which children as young as 12 are eligible to get shots, as well as a general decline in recent months in COVID hospitalizations and deaths in the U.S.

The nation’s top public health agency is not advising schools to require shots for teachers and vaccine-eligible kids.

The guidance generally leaves it to local officials to figure out how to ensure the unvaccinated are using precautions while letting those who are fully protected go mask-free. The biggest questions will be at middle schools where some students are eligible for shots and others aren’t.

Read More:  How your sewage is being tested for virus

At some of the nation’s largest school districts, widespread mask-wearing is expected to continue this fall. In Detroit’s public schools, everyone will be required to wear a mask unless everyone in the classroom has been vaccinated. Philadelphia will require all public school students and staff to wear masks inside buildings, even if they have been vaccinated. Masks won’t be mandated in Houston schools.

BANGKOK — Officials in Thailand have announced a seven-hour curfew and other restrictions for the capital and nine other provinces to try to slow a growing number of cases and deaths in a coronavirus surge.

People living in Bangkok and five surrounding provinces, along with four in the country’s far south, must stay at home from 9 p.m. to 4 a.m., not hold gatherings of more than five people and avoid unnecessary travel.

The restrictions take effect on Monday. The greater Bangkok area will have more restrictions, including school closings.

Health authorities on Friday announced 9,276 new cases, bringing the confirmed total to 317,506. Seventy-two new deaths were confirmed for a total of 2,534. More than 90% of the cases and deaths have occurred since early April.

The spread has been fueled by the more contagious delta variant and a slow vaccination drive.

JAKARTA, Indonesia — The Indonesia government announced it will use doses of the Moderna vaccine donated by the United States through the COVAX Facility.

“We have not reached the vaccination target. So, it is important for us to give the third vaccination dose to the health care workers as they face the virus every day. We should protect them so they can focus on working,” he says.

The 4 million doses of Moderna’s vaccine are scheduled to arrive in Jakarta on Sunday. The government is planning to start the third dose of vaccination next week.

Indonesia Food and Drug Monitoring Agency also announced the emergency use of the COVID-19 vaccine produced by Moderna.