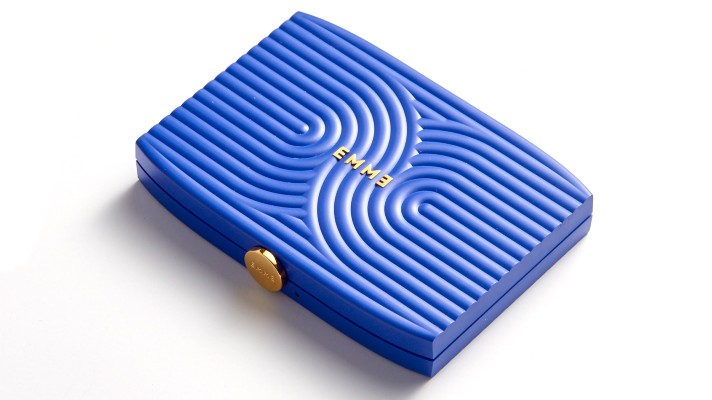 Hormonal oral contraception, or “the pill,” is 99% effective when used perfectly – taken every day at the same time. But that’s not always an easy goal to accomplish; in typical use, the average efficacy drops to about 91%.

“I really saw this as a problem that can be solved with modern technology,” Amanda French, cofounder and CEO of the health technology vendor Emme, told Healthcare IT News.

French, who has a background in medical device development, was a biodesign innovation fellow at the Stanford Byers Center for Biodesign from 2016 to 2017.

While there, she said, “I saw a lack of innovation in women’s health, especially knowing what a high bar has been set at the other industries I’ve worked in.”

The case “has multiple sensors that detect if and when you take your pill each day, and then syncs with the app,” explained French.

The app also allows users to track symptoms in the categories of “mood, body, sex and flow” related to their menstrual cycles or hormones.

“What people find is that when they start to track these symptoms, they can notice patterns as they relate to pill habits,” French said.

In French’s view, such information is a key part of Emme’s philosophy of considering physicians as stakeholders.

“We want it to be actionable information,” she said. “We collect data specifically on side effects that may be indicative” of potential issues with specific birth controls or hormonal issues.

Read More:  Ask the doctor: I’ve been told I have HPV virus. What does this mean?

At $ 99, the smart case is not currently covered by insurance, but there is potential for eventual reimbursement options, French hopes. The app, which includes period tracking, is free to use. The company says it will at some point enable direct connections with doctors via telehealth.

With regard to information security and privacy – for which other period-tracker apps have been under fire – French said that Emme has “been working with one of the top lawyers to build out and establish protocols to make sure we’re following best practices.” Although she said there’s a possibility of the company eventually using the data set to help contribute to studies on birth control, “we’re not going to be selling anything without consent or sharing anything without consent.”

French also noted that the company tries to be inclusive of nonbinary or transgender individuals who might not be women but who rely on birth control. Although Emme’s social media messaging includes exhortations of “let’s get down to lady business,” it also addresses other messages to “people with estrogen” – a seeming nod toward inclusivity.

“We don’t assume a gender,” French said. “We don’t go out of our way to say ‘hey girl.’ We try to keep our language neutral,” she said. “There’s always an opportunity … to expand our offering. I’m always looking for input.”

Ultimately, French said, the company is looking to equip users with information about their bodies.

“We’re connecting the dots between your birth control habits, and all the symptoms and side effects,” she said. “We’re able to empower women with more data about their health.”