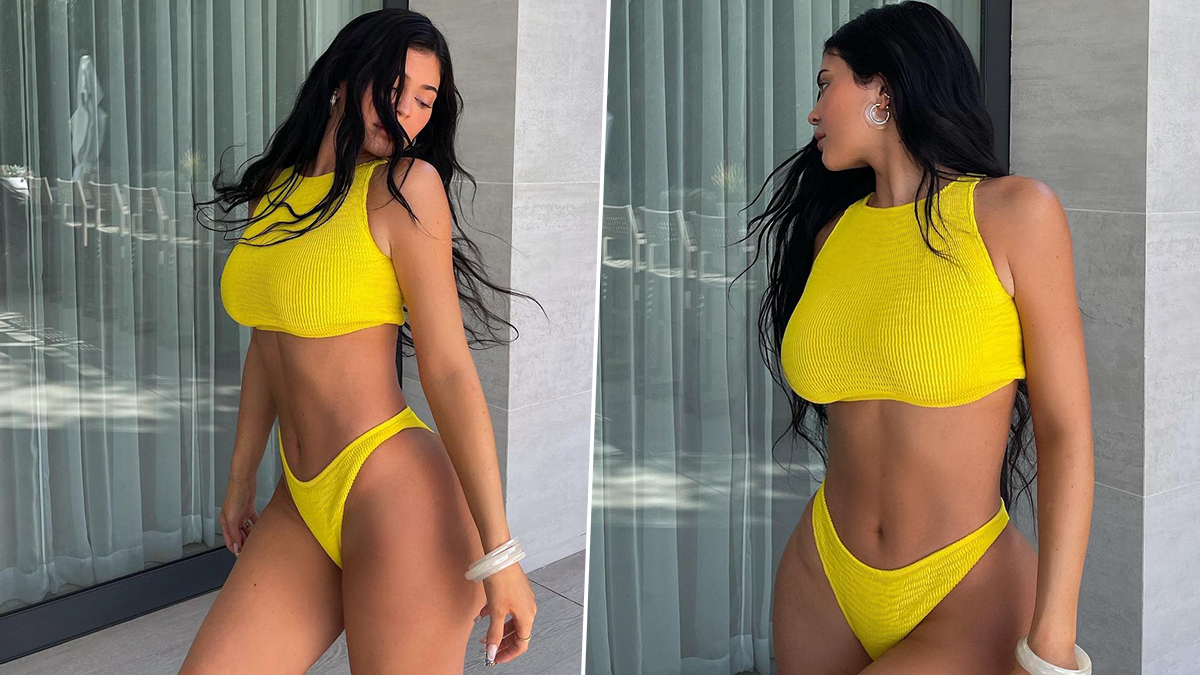 American reality TV star Kylie Jenner on Saturday took social media by storm as she flaunted her perfectly toned body in a mustard yellow bikini. The Keeping Up with The Kardashians star hopped on to Instagram to post a couple of sun-kissed pictures while striking candid poses. The photos in the post feature Jenner showing off her toned belly as the camera focuses on her slim waist. The ‘Kylie Cosmetics’ founder’s luscious black locks are seen open in the air as her toned figure is serving major fitness goals. Kendall Jenner’s House Trespasser Targets Kylie Jenner’s Home, Hours After Jail Release.

The next photo sees a wider shot, and showcases the garden of Jenner’s Kondo, as she candidly poses by looking away from the camera. The 23-year-old accessorised her look by adding a few white bangles on her wrists, and hoop earrings. and A sun-kissed Kylie is surely a treat to the eyes. The star captioned the post, “It’s the weekend” and dropped in a yellow heart emoticon. For the other post, she kept the caption simple yet intriguing, Jenner left a banana emoticon in the post accompanying the photo. Kylie Jenner Donates $ 500K to Cancer Centre for Adolescents, Young Adults.

Read More:  It’s Hard to Search for a Therapist of Color. These Websites Want to Change That.